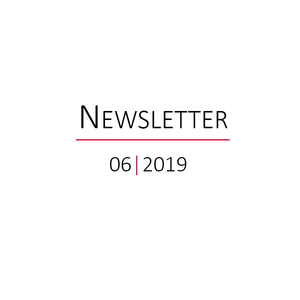 While Swiss people refused in February 2017 the last reform project regarding corporate taxation, the new AVS financing and taxation Federal reform project (TRAF) and its related Geneva Cantonal part have been accepted on May 19th 2019 by a new popular vote. This new reform allows Switzerland to comply with the international commitments and to preserve, at both European and worldwide levels, its competitiveness and prosperity.


I.  Background of the main measures planned at the federal level

At the federal level, the adoption of the TRAF implements some important modifications of the taxation of legal entities and its shareholders.

One of the most important measures concerns the abolition of the cantonal tax privileged regimes : the reduced profit tax rate system at cantonal level is abolished and all companies will be subject to a single rate which will be determined by each canton. This first measure will lead to a small increase of the profit tax rate for companies currently benefiting from a privileged tax status and to a reduction for companies taxed under an ordinary regime. As a result, small and medium-sized companies mainly active in Switzerland will benefit from a significant reduction of their profit tax burden.

The second significant measure concerns the taxation of dividends paid by a company to its individual shareholder holding at least 10% of the share capital. The current law allows to mitigate the economic double taxation of these dividends (taxed twice: once at the company level, then, in the case of distribution, at the shareholder level) by the application of a reduction of the taxable basis at the level of the shareholder. The reform preserves this mechanism but reduces its corrective effect: the dividends will be now taxed at 70% at the federal level (against, currently, 60% if the shares are qualified as private asset and 50% if they are considered as commercial asset) and at least 50% at the cantonal level. If these shareholders would therefore support an increase of their personal income tax, they would however benefit indirectly from the reform through the decrease of the corporate profit tax, which should result in an overall decrease of their consolidated taxation.

Beyond these two main measures, the adoption of the TRAF also results in other important measures that focus mainly on the option granted to the cantons to reduce the taxable basis under certain circumstances defined by the TRAF. These include in particular measures to encourage and develop innovation such as the reduction of cantonal taxation of profit deriving from patents or comparable rights (so-called "patent box" regime), the increase of the deductions cap related to research and development, a change in the taxation of hidden reserves in the event of a transfer of its seat or a change regarding its tax system, a limitation related to the capital contribution principle for listed companies, or a complete abolition of the capital gain exemption resulting from the sale of shares from a shareholder to a company controlled by the seller (transposition) .

The above-mentioned tax measures are followed by budgetary measures, in particular with regard to the financial equalization, and measures related to the financing of the AVS (old-age and survivor’s insurance). In this respect, and in order to face the demographic challenge weighing on the AVS finances (retirement of the baby-boomer generation), the TRAF allocates as from 2020 an additional annual financing of 2 billion Swiss francs financed by the Confederation and an increase of the social contributions due by employers and employees.

The adoption of the federal reform was associated in Geneva with the acceptance by Geneva population of an amendment of the cantonal corporation tax act. Accordingly, companies established in the canton will be taxed at a single effective profit tax rate of 13.99%, against a current rate of 24.2% for ordinary companies and approx. 11.6% for companies with privileged tax status. As regards the correction of the economic double taxation of dividends mentioned above, the Canton of Geneva increases the taxable portion of these dividends from 60% to 70% for private assets and from 50% to 60% for commercial assets. These measures will enter into force in Geneva as of January 1st, 2020.

The rate to be applied by the canton of Geneva is slightly higher than the Swiss average. For instance, an effective profit tax rate of 13.72% should apply in the canton of Fribourg, 12.3% in Lucerne, 13% in Basel-City, 17% in Ticino or 18.2% in Zurich.III. Future prospects

The main measures of the TRAF will enter into force on January 1st, 2020, at both federal and cantonal levels. As a result, companies will be taxed according to these new standards in 2021, for the 2020 business year.

The adoption of the TRAF by the Swiss population requires a complete re-examination of the tax situation and organization of each taxpayer. Indeed, in accordance with the large tax consequences related to this reform (both at company and shareholder levels) and the differences existing between each canton as regards of its implementation, the following aspects must, in particular, be analyzed carefully:

- The current holding structures could contemplate to move their seat in order to benefit from a more attractive profit tax rate. As regards the incorporation of new companies, the applicable profit tax rate should influence the choice of the place of establishment of their future seat;

- Some social decisions could also be influenced by the entry into force of the reform. Thus, and within accepted accounting limits, the taxpayer could avoid realizing an extraordinary profit this year, or even record a provision for future dissolution, in order to benefit from the reduced profit tax rate in 2020. Decisions related to the distribution of dividends and/or the split between dividends and salary should also take into account the current change as of January 1st, 2020;

- Finally, certain commercial activities currently carried out on an individual basis (on his own account) or through a partnership subject to personal income tax could contemplate to transfer the activity to a legal entity in order to be subject to corporate profit tax (since profit tax rate should be more attractive than income tax rate). A typical case of application is related, for instance, to the independent professions (liberal professions in particular) or the holding of real estate (direct holding vs. indirect holding through a company).